Why I Celebrate Lent 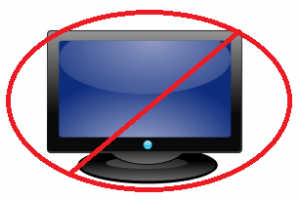 Starting tomorrow, my family and I will be giving up television almost entirely until Easter. I’ll also be severely restricting my personal smartphone and social media time.

This is the seventh year in a row I’ve given up my TV habit in celebration of Lent. I’m not Catholic, and I’ll be the first to admit that my efforts don’t match what is traditionally required. But I respect that tradition, and I’ve adopted and adapted some aspects of it for my own life.

Television has too strong a hold on my life, normally.

Here’s the thing: I like having TV in my life. I don’t intend to give it up entirely, because it can be good, cheap entertainment. That’s why a relatively short-term restriction works so well for me, because I’m able to live a life without TV without worrying that I’ll never get it again.

I believe in fasting.

As a member of The Church of Jesus Christ of Latter-day Saints, I’m accustomed to the principle of fasting.

Traditionally, Mormons fast monthly by going without food or drink for 24 hours and donating to the needy. Fasting is an opportunity to strengthen one’s willpower, practice self-control, and reconnect with God.

Food isn’t the only thing we can fast from. I choose to fast from TV, movies, and video games because this represents a sacrifice for me, but it’s also not a permanent change.

You can do “anything” for six weeks.

Said another way: I believe in doing hard things for limited time frames.

Focusing on one challenge for a short time allows you to make real progress and do something meaningful, without permanently damaging the other aspects of your life.

I get to live a different life.

From now until Easter, I’ll be in a world with more books, fewer distractions, more time to meditate, and less influence from pop culture. This is a good thing.

I’ll detox from the negative influences of the media, and when I start watching again, I’ll have a better sense of context and control over my viewing habits.

Celebrating Lent prepares me for Easter.

As a Christian, this is huge for me. Easter is a wonderful time to celebrate the life, mission, sacrifice and resurrection of Jesus Christ.

The buildup to Christmas gets me in the spirit and right frame of mind with plenty of time to spare, but, in the past, Easter has come and gone almost before I realized. Once I started celebrating my version of Lent, that changed. Every urge to watch TV becomes a reminder to look forward to Easter and think about what it means.

Want to try it?

I recommend trying this technique in your own life. This year, Lent starts on Wednesday, February 18th, but you can apply this idea any time.

Simply pick a fast (something to give up), a timeframe (such as between now and Easter), and (bonus:) a reason (such as preparing for Easter).

For choosing your fast, here are some principles that may be helpful to you:

This yearly effort has made my life better. I hope you consider trying something similar.

If you try it, let me know. I’m sure it will improve your life, too.

Note: This is adapted from an article I originally published in 2012.